Sociologists on Americans' Responses to COVID-19Behind the Cash Register, During a PandemicFurlough Bites

2 Lies & 1 Truth: SAIC BeatWhen This is OverHow We Got Here

Notes on a Rabbit Stein, the Best Clickbait...Tinder in the Time of COVID-19

When the pups can't play, what
happens to doggie daycare?

Kaitlin Weed (BFAW 2020) is the engagement editor at F Newsmagazine. They probably stole your horse while you were reading this.

Service workers around the nation face an immense crisis: 3.3 million people filed for unemployment between March 15 and March 21, the highest increase in a single week in U.S. history. Those who still can work face COVID-19 head-on, often with little protection, prompting strikes at companies such as Amazon and Instacart. These workers find themselves faced with one of two harsh realities: either embrace a furlough with no end in sight, or work in hazardous conditions for a low wage. As a service  worker who relies on income from caring for people’s pets, I and my co-workers are experiencing unprecedented layoffs and financial uncertainty.

But as with almost all companies, COVID-19 altered PUPS’ business operations. For the most part, our clientele — especially at my branch in River North — hold jobs where they can safely work from home. My last day at the River North store was on Tuesday, March 10. My co-worker, Emma, reported rapidly dwindling daycare numbers. In just a matter of days, it became unsustainable for the business to remain open.

On Monday, March 16, CEO Daniel Rubenstin sent out a company-wide email documenting the first actions regarding COVID-19, starting with closing Lakeview and Wicker Park stores except for grooming. Managers were to designate key team members as essential, and to furlough those who did not make the cut. On March 18, an update was sent to clients stating that the River North store would be closed starting on March 20. Emma said food was provided, and the mood was somber.

Employees were encouraged to use their paid time off and sick leave — which only full-time employees have access to. Those with healthcare, also a full-time benefit, would still have those benefits. Since then, we received three more emails in response to Governor J.B. Pritzker’s order to shelter in place, and one general check-in.

While the check-ins, for me, have shown compassion, they do not provide adequate support. These check-ins have been a way of interacting with our clients in the past, some of whom are financially secure. Instead, this format could be used to crowdfund for employees who lost their wages, a measure that other local businesses have taken. Outside of these emails, River North teammates who are still financially secure have reached out offering to buy groceries for those who have been laid off.

Following these massive changes, I spoke to my co-workers to get a better understanding of not only PUPS, but the financial devastation COVID-19 is leaving in its wake.

PUPS employees, like many in the service industry, found their lives upended in a matter of days. Businesses are being tested as 15,000 stores are estimated to close permanently, almost double that of last year. That said, the company’s reaction to the pandemic is vital.

Logan, Harper, and Ben all believed that situation was handled as well as it possibly could have been given the difficult circumstances. But Emma and Charlotte have issues with how the company managed the situation. Both cited a lack of transparency with the business plan as things began to escalate. They felt that our store in River North was bound to close, although this wasn’t communicated in the initial business response. Emma said that the response “felt like a smokescreen.”

Despite the loss of a majority of its employees, PUPS is still currently operating. The executive stay-at-home order from Governor Pritzker orders the closure of all non-essential businesses. But the dog-centered business does not fit into any of the order’s definitions of essential.

Employees have different views about whether or not PUPS is an essential service. Harper points out that people working non-remotely still need pet care, and both Emma and Ben add that clients at Streeterville are Northwestern healthcare workers whose shifts are becoming longer and longer. Grooming, for Emma, was nonessential and unnecessary. For Charlotte, offering pet care services while cases of the coronavirus grow exponentially feels reckless. 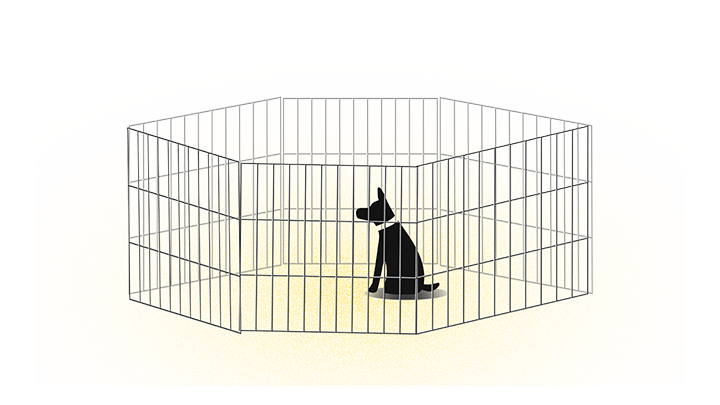 “I have enough to get groceries, pay rent this month, and then I’ll have $200 dollars in my bank account. After that, I don’t know,” says Logan.

Financial fears aren’t the only paranoia. Emma has a pre-existing condition and is worried about getting sick. Ben and Charlotte have loved ones working in healthcare. “It can be overwhelming at times," says Ben. "But I remind myself that they took an oath to help those in need.“

Each of my co-workers cheered up when I asked them about the dogs. “Any of us could be having a bad day and at least one of the dogs would always do something to put a smile on our faces,” remembers Harper. The team at River North — from the silly doodle named Crunch to Wrangler the Texas-bound dog — made up a community now lost to the pandemic. f

Note: Names have been changed to protect the identity of workers.‍

Survival Tactics at the AWP 2020

Attending the Association of Writers & Writing Programs Conference, in the last days before the pandemic.

Behind the Cash Register, During a Pandemic

As the masses scramble to stock up, grocery store workers are put in harm's way.